How to Earn Money in Undead Blocks 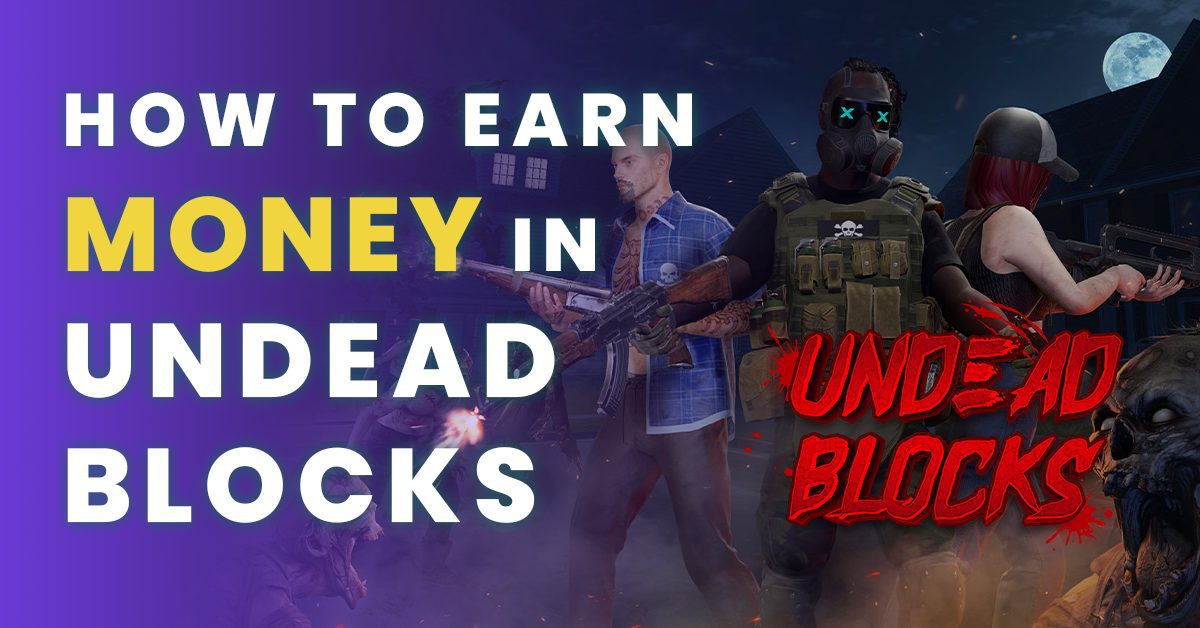 What are Undead Blocks?

Players can use over 140 different weapons and explosives to fight their way through swarms of zombies. Players fight through easter-egg-filled maps, surviving swarms of difficult Zombies and striving to live as long as possible, using special NFT weapons and $ZBUX, the Undead Blocks reward currency!

Players can earn Gold $ZBUX by participating in daily leaderboards and challenges, which can be exchanged for cryptocurrencies or used to purchase rare and limited-edition in-game items and weapons!

Additionally, players will also earn Standard $ZBUX, which will allow Survivors to level up their weapons and create equity in the assets they possess.

Players will be able to earn around $5 in a couple of hours of zombie-killing, depending on their skill level; additionally, there will be $1,000 up for grabs in daily tournaments.

Currently, there are three game modes to play in Undead Blocks:

All players are given a Pistol and a Combat Knife when they begin the game.

Additional guns and equipment can be found in various locations across the battlefield that the player has unlocked in their Weapon Loadout.

Every kill gives the player XP, with a bonus for headshot zombie kills.

The weapons in the Loadout can be obtained through XP earned during the fight, allowing the player to fully utilize all of their assets!

XP can be used in-game to obtain:

How to Earn Money in Undead Blocks

Currently, there are two tokens in Undead Blocks. There is Zombie Bux ($ZBUX) and $UNDEAD Tokens.

$ZBUX is further divided into two types: Gold $ZBUX and Standard $ZBUX. These are both earned in-game for completing achievements and placing high on the leaderboards.

$UNDEAD Tokens must be purchased through a DEX/CEX website. You can stake your $UNDEAD Tokens to earn passive income and unlock new Weapon Loadouts with Undead Block’s Stake2Mint program.

How to Earn $ZBUX by Placing on the Leaderboards & Completing Achievements

$ZBUX token is the game’s main reward token. In Undead Blocks, earning through gaming activities is purely dependent on the wins and performances in each game mode.

Undead Blocks will offer Gold $ZBUX to every Armed Survivor who participates in the daily leaderboard challenges, as well as weekly and monthly achievements, once the entire game is released (Open Beta is available; full game slated for Q3 2022).

*Gold $ZBUX is a stable in-game reward currency worth $0.10 that can be redeemed on the Wagyu Games website for your preferred cryptocurrency.

Standard $ZBUX will be used to raise the value of a player’s weapon loadout.

Allowing players to update their guns and add new weapons to their loadout allows them the chance to increase their earnings through better equipment.

*The amount of $ZBUX that Standard $ZBUX players can earn is unlimited.

Stake2Mint is Undead Block’s unique staking program that allows the user to earn rewards and obtain new Weapon Loadouts. Staking ensures the integrity and long-term health of the blockchain by relying on its users to fulfill transactions.

Stake2Mint is when a user leaves their $UNDEAD tokens unattended for a specified period.

Rewards will increase over time (depending on how long the user has been staking), allowing the user to acquire more $ZBUX tokens and Weapon Upgrades.

Staking $UNDEAD will not only earn them APY, but they will also be able to mint a Weapon Loadout for free once the token is locked, which they can use right away within the Undead Blocks ecosystem.

The investor owns the Weapon Loadout once it has been minted, and they can play, lend, or sell it.

When you select how much $UNDEAD to stake, depending on the amount, you’ll earn one of these three weapon loadouts:

Note: Stakers can mint as many weapon loadouts as they wish for the Stake2Mint program.

How to Stake $UNDEAD Tokens

How to Earn Money with Undead Blocks Scholarships

Managers will be able to buy in-game assets and rent them to Scholars to enjoy a portion of the prizes obtained in Undead Blocks.

This is a classic Manager-Scholar connection similar to what we see in other Blockchain Games.

Gaming Guilds and P2E investors wishing to earn passive revenue by renting their Weapon Loadouts to Scholars will find Undead Blocks to be a unique value proposition.

Activation codes will be used to start rental contracts, which will be customized to satisfy the needs of both the Arms Dealer and the player.

There are many ways that someone can earn money in Undead Blocks. There’s a natural economy that you can take advantage of with this game. You can:

With any investment and financial decision, you must do your research. Crypto and Digital Currency are incredibly volatile; the more information, education, and tools you have at your disposal, the better decisions you can make for a brighter future. Read Undead Block’s White Paper and other resources before any investments.

Undead Blocks is a play-to-earn multiplayer FPS zombie survival crypto game. Players can fight their way through hordes of zombies using special NFT weapons and earn ZBUX, the Undead Blocks in-game reward currency, as they progress through easter-egg-filled maps. Undead Blocks puts over 140 unique weapons and explosives at the disposal of gamers.

GamerSpeak empowers people from developing countries to join a new metaverse economy and earn an income, all while learning new skills and interacting with the global blockchain gaming community. With over seven years of consulting with video game publishers, building player-focused communities, and publishing user-generated content, we seek to bring our strengths to the world of Crypto-gaming and the Metaverse. 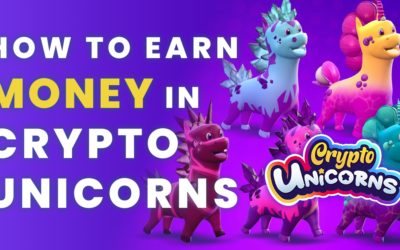 How to Earn Money in Crypto Unicorns