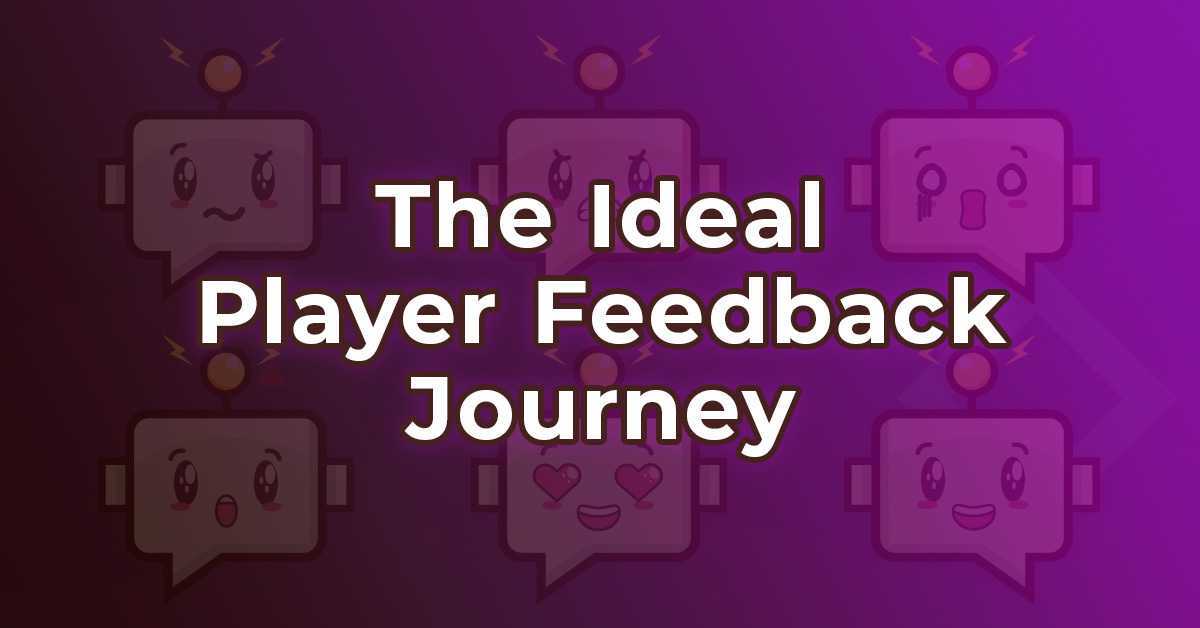 My background is from the player perspective and I’ve never worked at a development studio. I am an ex-influencer who built a massive fan community for one of the most popular mobile games in the world, Game of War: Fire Age, and then started a B2B business creating many more fan communities for other top mobile games.

From what I see, the existing systems developers and publishers use for capturing player feedback are inherently off-putting and result in your Superuser players no longer giving their feedback.

At the end of this article, I’ll give you some methods for capturing valuable actionable feedback from unofficial channels.

In my experience, the flow of a player wanting to give feedback often looks like this:

A player named Mike experiences something in the game he thinks could be improved. Mike goes through a somewhat convoluted process of navigating through the FAQs to contact a real person in customer support to tell them about his problem. Mike receives an automated reply that his ticket was received.

By the next morning, he receives another automated reply that his feedback is appreciated and that it has been sent to the development team.

Mike doesn’t feel like his feedback was heard, and he begins to lose confidence in the developers.

He begins to think that these devs are just like all the others who do whatever they want and don’t listen to players.

If you’re a developer reading this thinking, “Well we receive thousands of tickets a day, and it’s too costly to reply to all of them without automation.” I agree with you.

I would do the same thing if I was in your position, but it’s important to understand how Mike’s feedback journey evolves as a result of the existing feedback process.

A week later Mike has more feedback to give, but instead of sending it to customer support, he goes to the game’s Facebook page (or other social media) and exaggerates his thoughts in a frustrated and angry way to get attention.

He sees hundreds of other players doing the same thing, further angering him because he feels no hope of being heard. As a result, Mike loses more confidence and trust in the devs.

The next morning he sees that the dev’s community manager replied with an automated response to his comment.

It says, “Hi Mike, your feedback is greatly appreciated and has been sent to the development team.” Mike gives up on giving any more feedback to the devs and considers quitting the game.

Some players may be more patient and try to give feedback to the devs a few more times before getting actually angry, but over the years it seems like players have gotten more and more impatient.

Before quitting, Mike looks around the internet for some fan communities where he can see how other dedicated players are thinking about the game.

He hopes to find a positive space where he can express his opinions, feel validated, and connect with other friendly players who might help improve his gameplay experience.

Unfortunately, Mike sees other players in the community complaining about the same things and other problems he’s never even thought of.

This is a critical moment in Mike’s journey. He is likely to leave the game forever if:

As you can see, a player with good feedback can become demoralized very quickly. A developer with limited resources needs to allocate them wisely to avoid these pitfalls.

It’s important to allocate some of your limited resources to where demoralized players can be revitalized, and that’s in Superuser-led communities.

Below are action steps, split between low effort and high effort, that you can take to retain the thousands of players who will go through the experience above.

First, create relationships with your Superuser-led communities and find ways to support and empower them. For example, give high-quality influencers free promotion or even some in-game currency. You should seriously consider paying the best and biggest influencers with real money because if they switch to another game, they’ll take a lot of your players with them. Also, provide them some art files to beautify their website, Reddit, YouTube, or Twitch.

Second, select a few trusted moderators and give them a special channel to contact you for urgent bugs.

Third, reward positive and helpful mods with in-game currency. They won’t work for free forever. The effort of a few dedicated moderators can save you hundreds of thousands of dollars by preventing tens of thousands of players from quitting.

They answer tons of FAQs in the community, organize the content, and remove toxic players. These things are so important to a healthy and engaging community.

First, find 3-5 helpful, positive, and constructive Superusers from the community and train them to provide you with the type of feedback that will improve your KPIs.

Teach them the questions to ask and answer about each component of your game that your designers know will increase your revenue and retention. Have these Superusers authentically facilitate, capture, and filter player sentiment from the communities they are involved in.

Create structured sentiment reports for these Superusers to fill out bi-weekly. Have an editor go through it before sending it to your designers.

Second, pay and train these Superusers to write strategy guides so you can share their knowledge with your hundreds of thousands of players. Education is key to engagement, LTV, and reducing support costs.

Interestingly, gamers across all genres (from puzzle to strategy) and all countries care the most about informational content in the form of tips, tricks, and strategies.

Third, when possible, validate a player’s feedback without an automated message, while really responding to what the player is saying. Here are some good, non-automated, and authentic replies to app store reviews that have the potential to retain the player who left the review:

Fourth, you can release a survey to the player base each month so they have a way to express themself and feel that the developer is listening. The survey does not need to be long. More importantly, it’s vital that you follow up with an announcement of the changes you will or will not make as a result of the survey responses.

This is what the player feedback journey would look like if you did implement these action steps.

A player named Mike experiences something in the game he thinks could be improved. Mike goes through a somewhat convoluted process of navigating through the FAQs to contact a real person in customer support to tell them about his problem. Mike receives an automated reply that his ticket was received. By the next morning, he receives a reply from a real person.

Mike feels happy, validated, taken care of, and heard. His trust in the devs also goes up. Assuming the game is still a good fit for him, he continues playing with confidence that the devs will address his feedback in a timely manner.

Of course, the devs do actually have to follow Mike’s feedback in order to retain Mike’s trust.

Mike is encouraged to dive deeper into the game because he feels like these devs are special. They actually listen to him.

The mods in the Superuser-led communities are positive and welcoming. When Mike has questions for the community, they send him links to strategy guides or videos made by the mods themselves.

After living in this healthy atmosphere for a few months, he becomes a Superuser. Mike now understands the game’s mechanics incredibly well, is socially active in his guild, and engages positively in the game’s community.

He is so knowledgeable about the game that his responses to developer surveys become very reliable.

He discusses his ideas regularly in the community and occasionally sends them in through customer support. The mods of the community who are trained to facilitate, capture, and filter valuable information from the players often use feedback from Mike because the community tends to agree with him.

Fast forward two years and Mike is a top-tier player who has spent thousands of dollars in the game with no intention of quitting any time soon.

Even with limited resources, the player feedback journey can change drastically for the better. If you can accomplish both the low effort and high effort action steps, your player sentiment will be shockingly positive. Some games that have effectively deployed these strategies are Spellbreak and The Last Epoch, along with all of GamerSpeak’s clients.

To learn more about the GamerSpeak method and how it increases revenue and retention up to 30% in six months or less using these steps click here: https://www.gamerspeak.io/the-gamerspeak-method/

← Prev: The Real Value of Your Brand Community Next: What is a Superuser? Defining the Unsung Heroes of the Gaming Community → 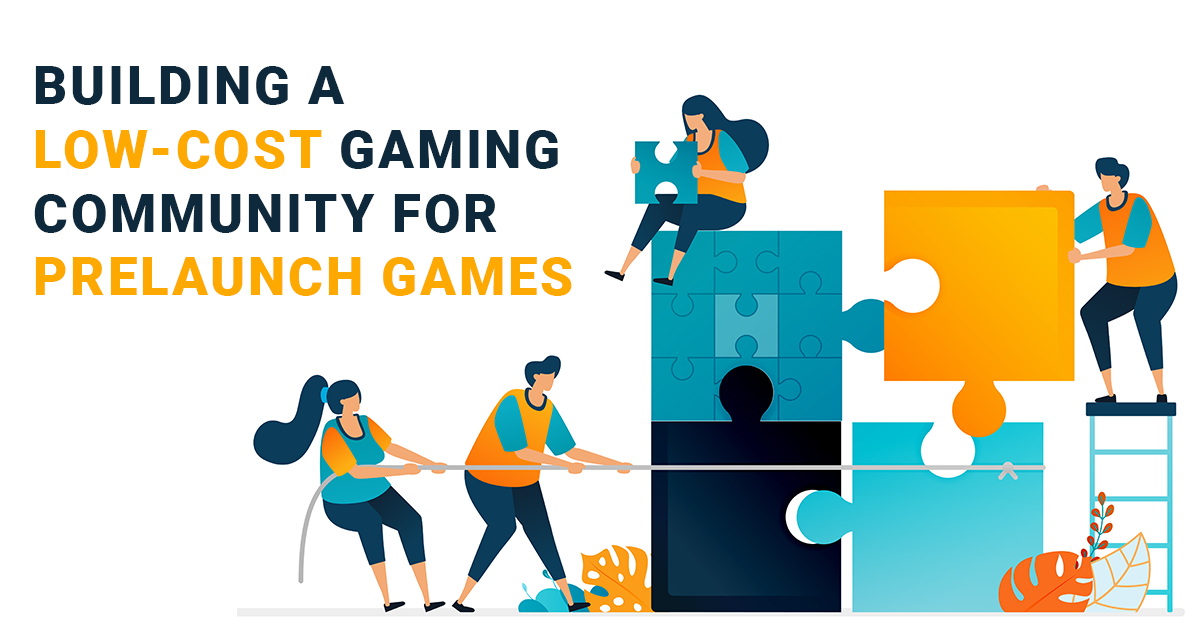 Building a Discord Server for your Gaming Community is incredibly cost-effective, fun, and easy. We’ll explain why you... 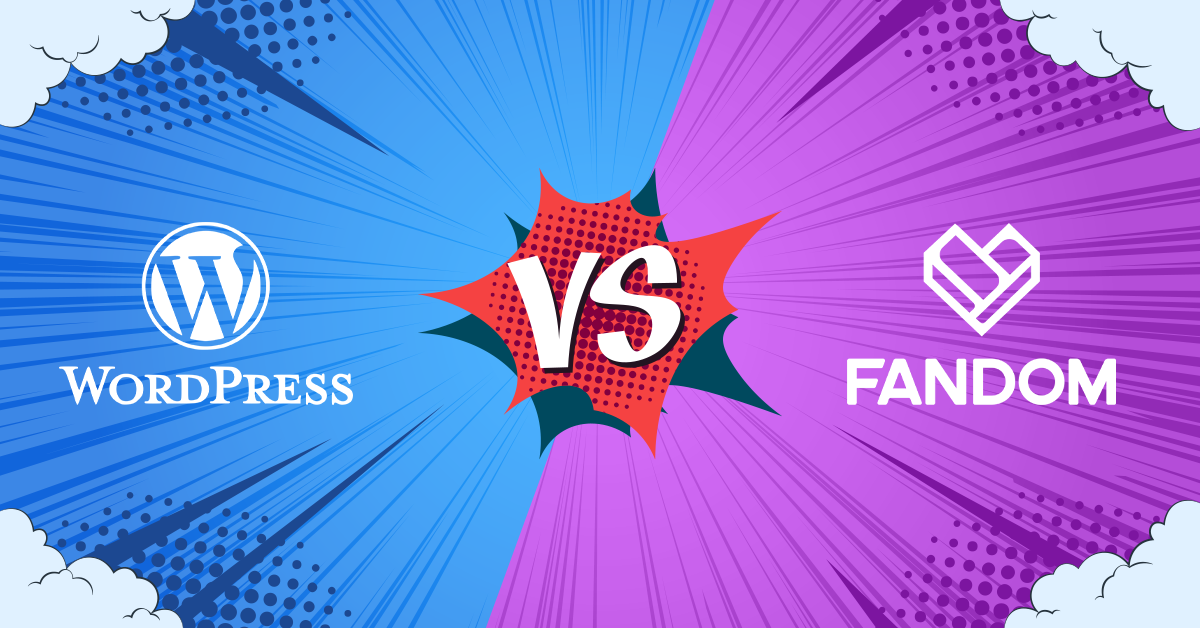 WordPress vs Fandom: Which Website Platform Should You Use to Build a Gaming Community?

Creating a website for Gaming-related content can be a daunting task. There are many factors to consider including... 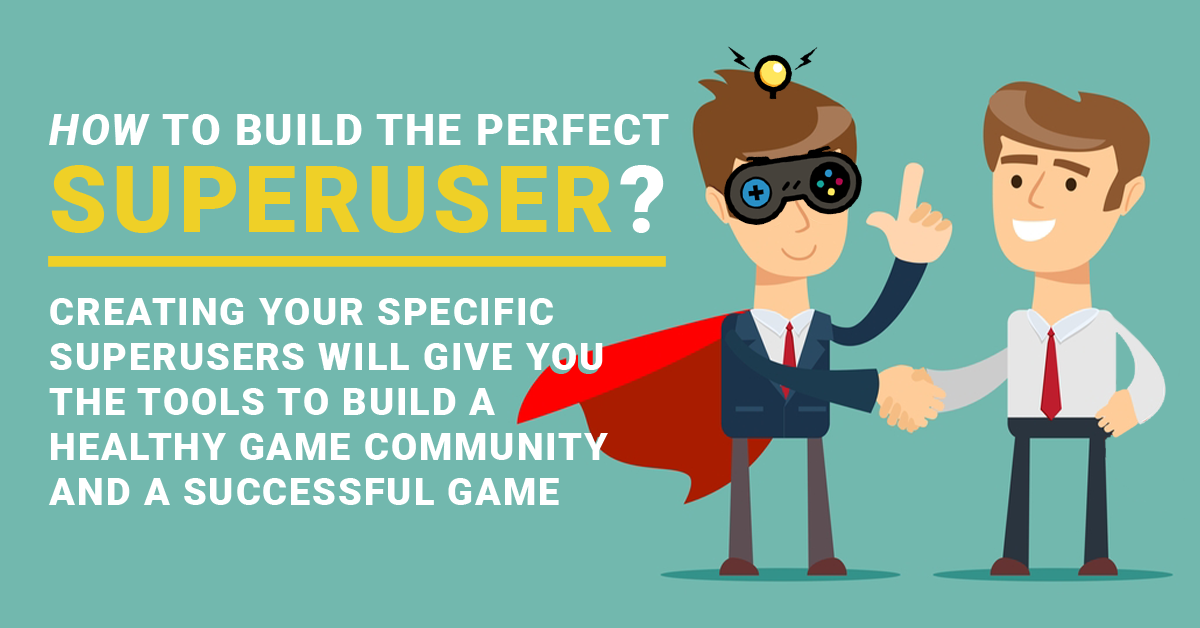 How to Build the Perfect Superuser? Creating Your Specific Superusers Will Give You the Tools to Build a Healthy Game Community and a Successful Game

Our previous articles, “What is a Superuser?” and “Why Should You Acquire Superusers?” helped define who Superusers...