Final Fantasy XV: A New Empire is a mobile game based on the hugely successful Final Fantasy franchise. The game launched on June 28th, 2017 globally and immediately hit #1 in many countries across the world.

The game reached a peak of $1M of daily revenue in November 2017 with 42% of players spending.

Machine Zone came to GamerSpeak two months before they were going to launch their next MASSIVE title, Final Fantasy XV: A New Empire (FF). Due to the huge successes of Game of War (GOW) and Mobile Strike (MS), they secured one of the most valuable IPs of all time.

One of the lessons we learned working with MZ for two years prior was that even though two game genres are the same, the audiences can be vastly different, and want different things. We saw this with GOW and MS, which were both very similar. Therefore, Machine Zone wanted to make sure they had a deep understanding of the wants, desires, and needs of the new player base for FF.

The key objectives for the content in priority order were:

In five weeks, GamerSpeak launched a custom community website with 16 beginner to intermediate level strategy guides for Final Fantasy XV: A New Empire. Within three months, the website generated 800 unique users/day, within six months it generated 2,700 users/day and peaked a year after launch with 4,000 users/day. This was achieved with purely organic SEO the player base sharing the content with each other. After three years, the guides have organically accumulated 5.2MM page views.

Additionally, GamerSpeak built up a massive Line room with 500 superuser players looking to improve their game by using the latest strategies and new features. Many of those 500 were VIP players spending over $2,000/mo. At the time of this case study, we have three  Line rooms maxed with 1,500 daily active users.

From the authentic conversation in those rooms, GamerSpeak’s team of Gamefluencers (top players in the game who help us run the community) take detailed notes of player sentiment. They often promote deep conversations on certain topics to provide maximum fidelity to the developer and to uncover actionable recommendations the developers can use to make future improvements. At the time of this case study, an average of 27 recommendations is implemented per month in FFXV:ANE. This is a lot more than most games because MZ runs its games at a very aggressive pace.

Professional guides that cover important aspects of a game, rapid delivery of authentic player feedback and bugs, and a community that is ready for new players are crucial parts of a successful launch. Having these services in place for “Final Fantasy: XV A New Empire” not only ensured a strong foundation for the game’s community but resulted in massive website visits and community engagement.

If you have a mobile, PC, or console game that is in development we can provide the same services that will help your game launch successfully. Grab some time on our calendar below and let’s talk! 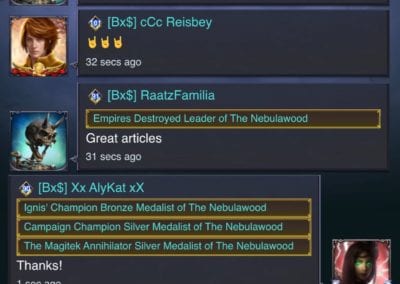 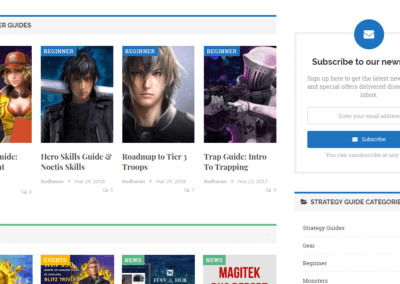 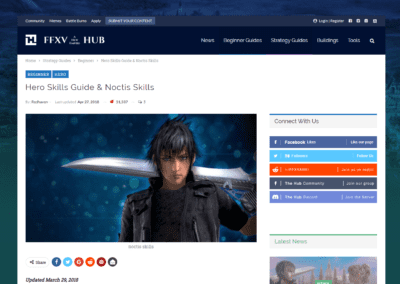 Ready to see what GamerSpeak
can do with you?

Pick a date and time below to schedule a video call.

Ready To unlock the power of your players?