The Seven Deadly Sins: Grand Cross is a mobile game based on the hugely successful anime series. The game launched on February 27th, 2020 globally after having hit #1 in Japan and Korea in 2019.

The global launch was also tremendously successful, reaching a peak of 3.5MM DAU and daily revenue of ~$750k.

Even with what most companies would consider a vibrant community, Netmarble F&C had thousands of players asking for high-quality strategy guides for the “The Seven Deadly Sins: Grand Cross” (7DSGC). It was hard for players to find the exact information they were looking for by watching YouTube videos from influencers. In addition, the database websites only provided stats and not strategies.

GamerSpeak had been in talks with Netmarble F&C about building a community for their game before the English version had launched , but with such a strong title, Netmarble F&C wanted to wait and see what sort of community would arise naturally from the player base. In the first few months, multiple large YouTube channels (5,000+ subs) and two database sites were created for the game. There was also a strong presence on Reddit with over 30,000 subscribers. Yet no one in the community was writing strategy guides. It was a daunting task considering the scale of the game.

The key objectives for the content in priority order were:

1. Content covering general info on ALL the components of the game:
a. All Heroes, Map Levels, Team Suggestions, Buildings, PVP, PVE, Equipment, Etc.
2. Content to assist the progression of their core engaged audience who had been playing for 30-60 days
3. Content to help players get the most out of new features and events launched every week
4.Content that would shed light on hard to discover portions of the game

Since the game had already launched, GamerSpeak had to quickly publish content as fast as possible. Netmarble F&C was incredibly responsive, providing us with assets and game stats that we needed in a timely manner. Within 45 days we had 225 unique pages of strategy guide content published on the wiki!

Impressed with the quality and speed, Netmarble F&C requested all the content to be localized into German, French, Spanish, and Portuguese. They used their localization partner, and GamerSpeak created the interlanguage language wikis and published the localized guides.

The Wiki launched on May 26th, 2020 to very positive feedback from the community. Two months later on July 31st, 2020 Netmarble F&C was ready to share the Fandom directly to their Forum with 220,000 global users. At this point, we published 75 localized guides (~20 in each language) that allowed the content to be available to a large portion of the user base.

The post was very well received by 3,400 viewers in the first 5 days, with 33 positive reactions and only 2 negative reactions.

Lifetime & Daily Statistics as of March 2021

GamerSpeak's rapid development of strategy guides filled the strong demand from the community. Because GamerSpeak was able to quickly write and publish the strategy guides on the Fandom Wiki for 7DS:GC, the community had a place to go to answer crucial questions that were answered from a player-first view and continued playing the game.

GamerSpeak’s in-depth strategy guides and powerful feedback loop can increase revenue and retention up to 30% in 6 months or less for your game. Click here to book your consultation call to get started.

"The GamerSpeak team understands MZ’s products and works well with its game communities. Throughout our time working together, they have provided great feedback for our MZ titles."

Partnered Games That Have Reached Over $1 Billion in Revenue 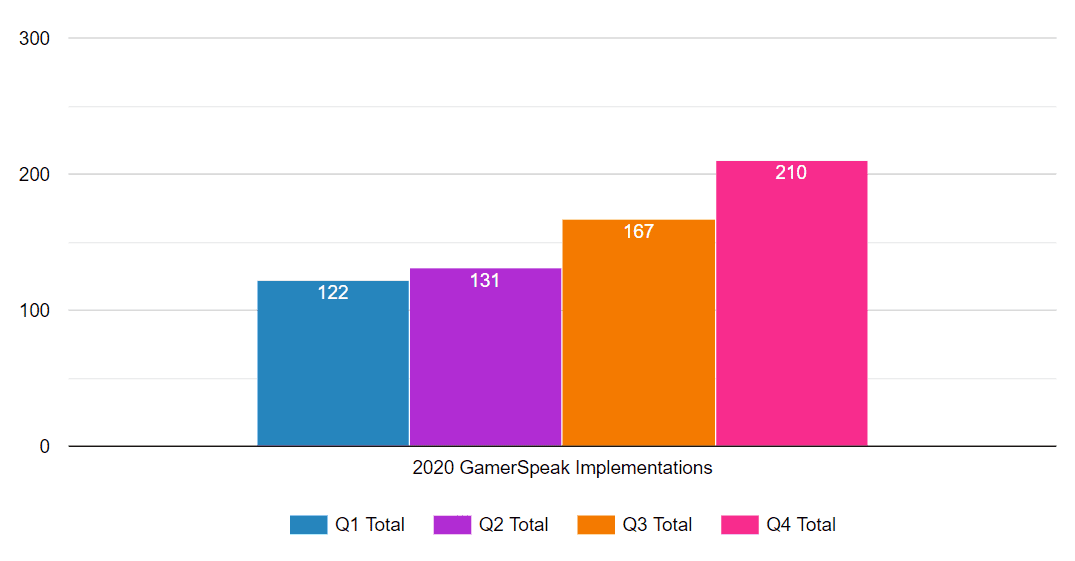