What is a Superuser? Defining the Unsung Heroes of the Gaming Community 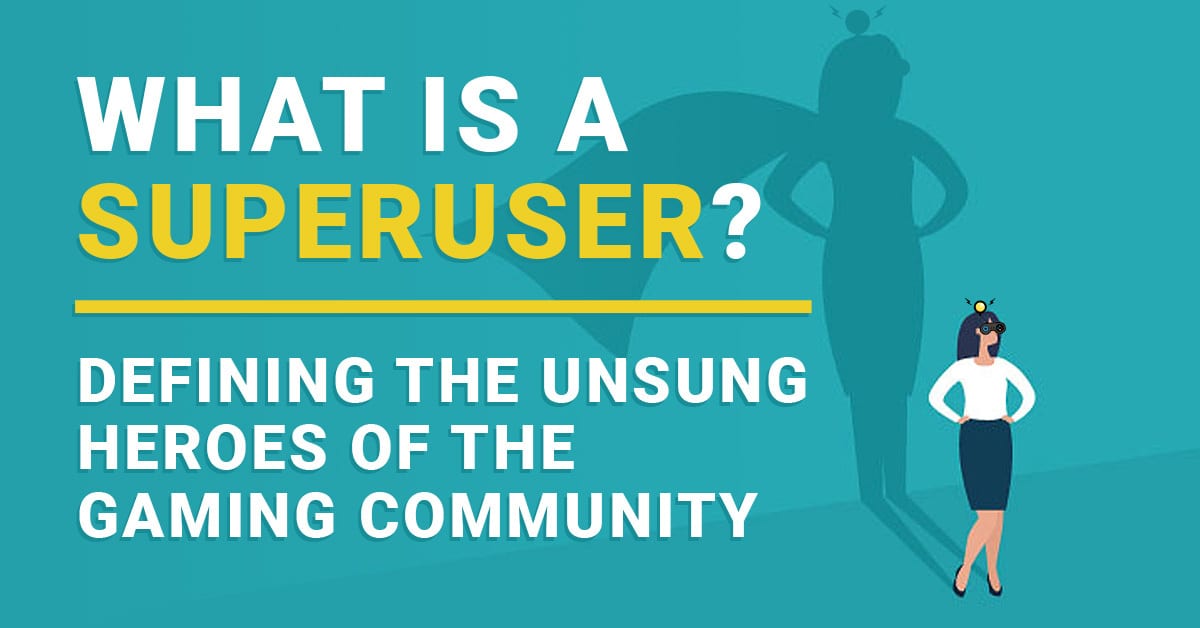 Superusers are your heroes of the community. They’re the perfect mix of players who understand the game’s mechanics incredibly well, are active in their guilds/alliances, are socially engaging and positive in their game communities (Line, Discord, other Social Media Communities), and can empathize with the needs of a larger community of players.

In short, Superusers are the heart and soul of the gaming community. Their importance to the longevity and engagement of the developer’s game is paramount. Because of their influence in the community, Game Developers should actively engage with these Superusers as the fuel of their respective communities.

How to Identify a Superuser?

First, it’s worth noting that a “Superuser” is someone who’s incredibly active in the community. However, Superusers come in many different forms, shapes, sizes, and influence various sub-communities.

Some Superusers are popular YouTube/Twitch Content Creators. Others create strategy guides, share tips, and offer advice through content websites and blogs. They could be an ongoing positive voice in the community or a leader in their respective guilds/alliances. Or they could be incredibly calculating and well-versed in the game’s mechanics.

While the image below provides an idea of the various types of Superusers in the community, they’re not exclusive to these definitions. Also, many Superusers have multiple traits from the types listed.

Community Members who make videos, stream, and/or produce content with guides and tips fall under this category. Some of the most common Content Creators produce videos on YouTube or stream live on Twitch, but other Content Creators create strategy guides, charts, databases, tips, and tricks in the form of blog posts.

Additionally, some guides, infographics, and charts can be shared through social media channels such as Line or Discord. You already have an active community and can easily share information with other players.

Leaders can take on many forms in a Gaming Community. They could be the Leaders of their respective guilds/alliances, and they’re in charge of organizing their teammates with tasks, resource management, event scheduling, raids, PvP, etc.

Leaders could also be people on social media who take a more active role in assisting the community and organizing events. For example, a Leader could help organize a friendly PvP event between multiple guilds/alliances. Another example could be a Leader organizing a send-off service for a community member who unfortunately passed away.

Community Members who are Socializers are incredibly chatty, friendly, helpful, and engaged with the community. These are your ideal Moderators who want to keep the peace and make sure that everyone is happy and the community stays on topic. Ideally, your Socializers will also be able to handle any negativity or toxic behavior appropriately.

This could be simply removing people from the community for creating a harmful environment (harassment, doxing, inappropriate topics), or acting as a mediator for people (or groups of people) and trying to resolve conflict to help keep the peace.

VIPs are players who go the “extra mile” in a game whether through in-game purchases, achievements, or collectives and enjoy the glory or recognition. In some games, there are dedicated VIP bonuses that you pay (often monetarily) to get passive boosts and additional features (quality of life, speed ups, resource bonuses).

VIPs are well known for their monetary status. They are typically the first to purchase new releases, test them out, and buy their way to the top-performing players. A VIP, depending on the game, can spend $500/month to as much as $10,000/month or more. They have a lot of money and resources and they’re not afraid to show it off. Many players idolize VIPs because they are envious of how they can max their accounts faster than anyone else.

These are your “Silent but Deadly Assassins” of the Community. Ninjas are often incredibly smart, both in-game mechanics and in real life. They tend to have a lone wolf persona and if they interact with others, they’re usually withdrawing a little bit of information to keep an edge. They’re often in the Top Ranking Players for PVP, PVE, and other events that take place.

Whereas VIPs are often players who are idolized in the community, Ninjas aren’t always seeking the spotlight. They prefer to do what they do best and evolve their strategies, tactics, and understanding of the game as new content and features drop. Because they’re incredibly smart and have a firm understanding of the game mechanics, a Ninja’s input is incredibly valuable.

Toxic Gamers – The Antithesis of a Superuser

All of the aforementioned types of community members could also be a “Toxic Gamer” instead of a Superuser. A Toxic Gamer is the antithesis of a Superuser and should be combated swiftly and vigilantly in your Gaming Communities.

Community members who trash, complain, and insult the gaming community and the game developers frequently. They offer little to no actionable feedback or constructive criticism for the community and/or developers to use to improve themselves. Trolls who often post “Dead Game Memes” but still play the game religiously are just one example of a Toxic Content Creator.

These are often people who are in charge of a large community and/or guild/alliance but will use underhanded methods to control others. This could come in the form of threats, harassment, negativity, and many others. They’ll use manipulation and intimidation to control other players for their personal gain.

These are people who can easily fall into the “Troll” category of community members. They’ll harass others in Social Media Communities or In-Game Chat. They’ll complain for hours about how much they hate the game and/or the community, and they try to make everyone’s life miserable. Their mentality is often one of the “Victims,” and they want everyone to suffer with them since they can’t enjoy the game/community. These players are banned from various communities frequently but always find a way to weasel themselves back into the community.

Toxic VIPs are usually a mix of Ninjas, Leaders, and/or Socializers. While respected for their abilities in the game, they’re the type of community members who always think they deserve more. They’re never satisfied with the game and often think that everyone is stupid or weak compared to their accomplishments. A Toxic VIP could be a player who breaks a guild/alliance treaty and targets other guilds while there is a “peace treaty” going on. Another example could be a player who deliberately exploits a game-breaking bug to burn and destroy other players before the Game Developers address the issue. Or, a Toxic VIP can use their monetary wealth to crush smaller players who’re just trying to enjoy the game.

Not only do Toxic Ninjas know all the secrets and mechanics of the game, but they’re not afraid to make you feel like an idiot because you don’t know those secrets. They’re incredibly condescending, unhelpful, combative, and disruptive.

A Toxic Ninja will pop out of the shadows to belittle, mock, or talk down to others; reinforcing that the other players don’t know anything about the game and will never amount to anything. They’ll often use derogatory terms to describe a gamer simply to add salt to the wounds.

It can’t be overstated that Toxic Community Members are incredibly dangerous to an otherwise positive community. If not dealt with swiftly and responsibly, you’re risking the loss of an amazing community that promotes building relationships, retention rate, and a positive and fun experience for your Video Game.

Thankfully, we have methods and advice to eliminate Toxic Players in your community in our Don’t Hesitate, Take Action, and Ban Toxic Players article.

Our Superusers at GamerSpeak are called “Gamefluencers”. You can call your Superusers by whatever name you choose. We think Gamefluencers is an appropriate name for our amazing team members; because they are “influential” within a specific “game(s)” but are not traditional influencers on social media.

Before joining GamerSpeak, a lot of our Gamefluencers were already incredibly active in their respective communities. They offered advice, tips, and strategy in Line Rooms, Discord Servers, and the community as a whole.

Others were already writing and curating guides on other blogging platforms and social media platforms. Some of our earliest Gamefluencers were creating video content for one game and migrated to another. Our Gamefluencers were the best players around, destroying their competition and we took an active role in recruiting them.

For example, our Gamefluencers give a quick glimpse into what they were doing prior. Being able to identify these individuals and train them to join our company is paramount to our success. Gamefluencers are capable of articulating the gaming community’s needs. They explain to Game Developers how to incorporate their actionable feedback, recommendations, and suggestions.

I worked for a competing content site. I created a Trap room on Line with 500 members, and I was the leader of the oldest alliance in the game. Divine Vengeance was an alliance since the beginning of the game. They were Champions for 12 consecutive months, and no other alliances had been together for as long as they have been.

I was well-known in gaming communities due to my social activity, gaming skill, and membership in a prominent Alliance. I was incredibly active, becoming one of the most famous Trap players of the two games.

Before joining Gamerspeak, I was active in Line Rooms and my Alliance. I was already well known in the community as a solid trap with a lot of knowledge. I helped gather information and strategy for the previous Superuser at GamerSpeak.

Before joining GamerSpeak, I co-ran a well-known FAQ room that was bigger than the GamerSpeak Line Room at the time. I helped create charts, crunched stats, made notes providing tips and tricks to players, and assisted in answering game questions. Players depended on my combative tips, given that I was one of the top attackers and rally leads on my server.

I was actively sharing tips/guides in small gaming communities, but I haven’t had the platform to write guides for a larger audience before joining GamerSpeak. I always had the drive to go in-depth on stats and game mechanics and use them to my advantage, which eventually led me to help create strategies for my Alliance/Guild/sub-communities.

Superusers are one of the greatest assets for your Game Development Teams and the overall health and nurturing of your Gaming Communities. They serve as mediators and the bridge for communication between Gamers and the Gaming Companies, helping the Gaming Companies understand the specific needs of their customers and maintain positive relationships.

Our Superusers (the Gamefluencers) have helped numerous Game Developers target specific problems that have drastically improved their retention rate, the Game Community’s satisfaction, and their ROI’s.

In Part 2 of our Superuser series, we’ll be discussing in more detail “Why You Should Acquire Superusers?” and how essential it is to have them when creating your game, helping with your LiveOps Development, and nurturing/building an amazing community.

We specialize in training, managing, and developing Superusers for a variety of Games using our patented GamerSpeak Method. Click here to learn more!

From Community Engagement to Discord Moderation; Custom Sentiment Reports to Urgent Bug Reports; our team of incredible Superusers can help your Game Developers build an amazing game for years to come.

You can schedule a 30-minute free consultation with our CEO, Chad Kihm. He can detail how our team of Superusers can help your game grow.

← Prev: The Ideal Player Feedback Journey Looks Like This 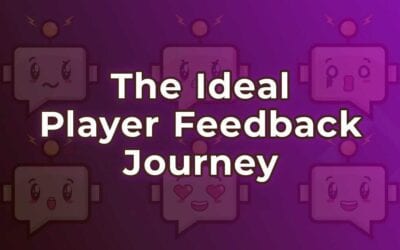 In this article, I’m going to highlight some of the community’s challenges when giving feedback and some of the... 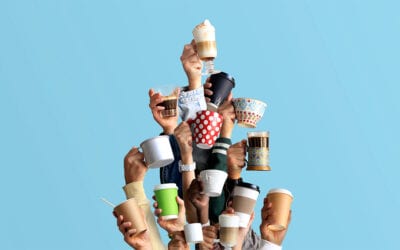 The Real Value of Your Brand Community

Are you curious what the real value of your brand community is? Well, it could be worth millions... When this company... 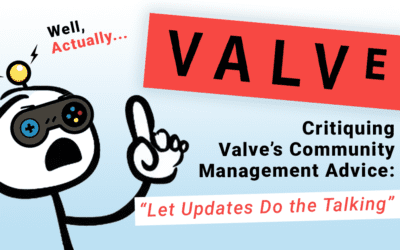 How Valve’s Communication Management is the Opposite of What the Community Wants.